Today up early and went to gym for a good spinning class followed by healthy breakfast. Then off to the RCYC for immigration clearance after which we are supposedly confined to our boats. They will stamp or passports and check yellow fever certificates.

Well the immigration officials forgot to arrive so it was postponed to the next day when they promised to arrive in double numbers to expediate. So another day of hurry up and wait.

We had to load the gas refills on board and met friends of Jeans who came to see what we were up to at the jetty. 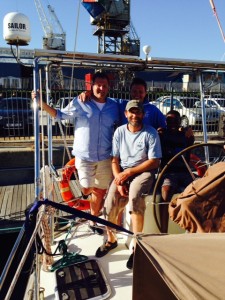 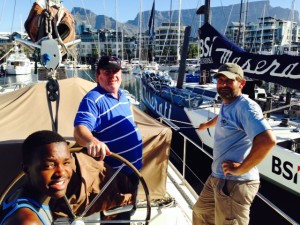 The RCYC had its traditional Blue Peter Party and we were there. Headed home quite early. 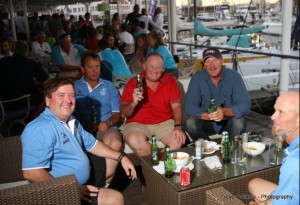