Steady Progress! You will all be please to here that we are making good progress still and it certainly has improved the mood on board! We headed past the “I da Trindade” and then headed south west overnight heading for a way point between the island and a sea mound. In this region there are numerous sea mounds that rise from 5 km down to 50 meters or so before falling away again. The water can be particularly turbulent around these rises so it is better not to cross them without prior knowledge. We were keen to see the island which would have been our first sighting of land in

24 days but we did not have any details to go by. It appears to be military from what we could tell but who knows. We passed by about 60 nm from it and of course too far to see anything. We have notice a lot more birds today, which adds to the interest of the day.

Mark spent most of the day on the fore deck in his deck chair. I joined him for a while in the afternoon. Out in front you are somehow closer to the sea and feel free. The cockpit and aft can sometimes feel like a prison. In the fore deck under the shade of the sails you can also get a cool breeze and in the heat that we are now experiencing it is almost like air conditioning. It is also a great place to reflect on life, although we have had plenty of time to do that on board. Mark returned at about 5 pm with the comment “what a good day” as if he had spent the day out at the beach.

The rest of the day was rather lazy as usual and everyone read and slept.

Jean slept in the sun again and I am sure will win the best tan award.

Kevin could be often be seen meditating on the box seat by the outside helm as he listened to his ipod.

Around 5pm everyone started to congregate back in the cockpit for sundowners. It is amazing what fantasies people have when you have so much time on your hands and the realities of the outside world are far away.

Shaun and Mike shared a fantasy case of black label as they listened to T- Rex. They were imagining the speed of consumption of the first few, the cold shimmering drips on the ice cold bottle, the fulfilling flavor and the satisfaction of the beer. So I guess Shaun has given up on the polka dot bikini, now it’s an ice cold beer!

When we turned round the islands it was agreed some days before that I should make steak, egg and chips for dinner. What a treat especially for Mike, Mark and I. Cooking on board is one of the hardest things to do with the confined space and constant rolling of Hot Ice. It is quite dangerous when moving hot objects around and you need to be careful when filling pans and pots so they don’t spill. The gimbal on the gas stove does work well but sometimes it cannot move fast enough if the pot is too full. We also have an oven and grill combined and the both work fairly well. The plate’s pots and pans are stacked under the sink in one cupboard. In order to find what you are looking for it is easier to sit on the floor to extract what you need rather than stand bent over where you could, with a sudden lurch, find yourself like an “ostrich” with your head in the cupboard. Planning is everything to make sure you don’t get hurt, spill anything and deliver a reasonable meal. Anything you place on the counter tops, which is the top of the fridge and deep freeze, must be wedged else the plate or food or both can suddenly end on the floor. The chips were cooked in the oven after being drizzled with oil. Pouring any liquid needs to be done deliberately and carefully and you need to make sure you put the lid back on immediately while hold the item you poured into. Checking the chips or any item in the oven needs to be done with care as the whole outside of the stove gets hot and you have to bend down while this is happening and the boat moving. I have to date 2 burns on my hand and Mark one on his arm. The steaks and eggs I fried. I am most impressed with myself I did not break one egg!

Trying to serve in such a small place is also difficult so organization is key. It is important to clean as you go, else there is clutter everywhere.

On taking the steaks out of the fridge the packet split and blood covered everything inside. It was a good chance to clean it any way. While Mark and I were doing this we suddenly heard this commotion up on deck and then this huge thud and then more commotion. It turned out that Mike, who was sitting outside the cockpit, happened to see a strike at the fishing lines and he had leap up and tripped on a sheet (rope), landed on deck knocking his finger again, but had leap up again in one motion and tried to strike for the fish which had not been caught on the its first attempt and was now following the lure. Everyone was watching by now but it was not tempted again even with much persuasion from Mike and it slowly swam away. It was a large game fish they say! Earlier in the day we had lost two lures cut off at the line so also something fairly large. Although Mike finger was bleeding slightly again, he was more interested in the lost opportunity than anything else. This provided some interesting discussion over dinner.

Till tomorrow from the islands. We wish!

Help Rob and the crew raise R30 000 for IMAGINE, they are currently at R18 000. Any amount greatly appreciated, DONATE HERE. 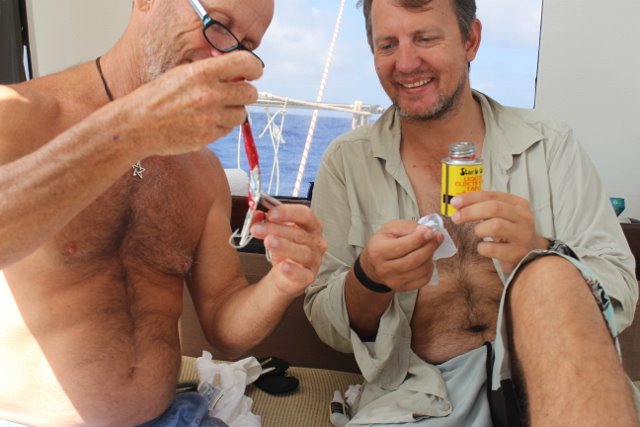 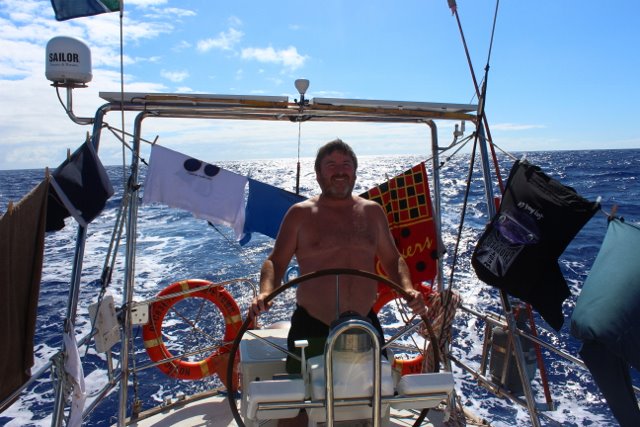 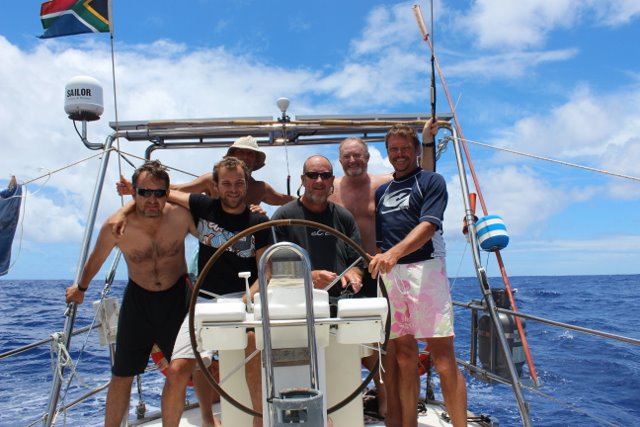 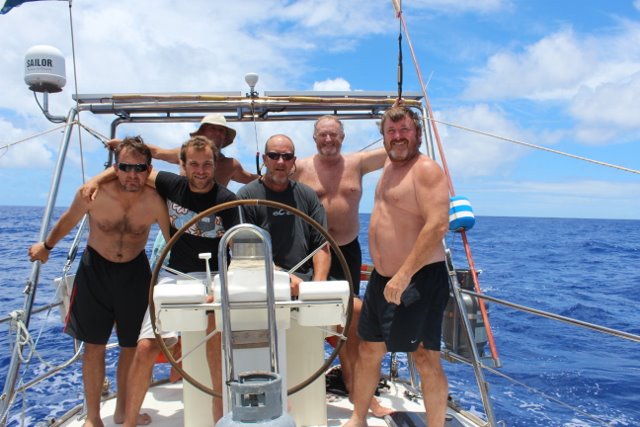 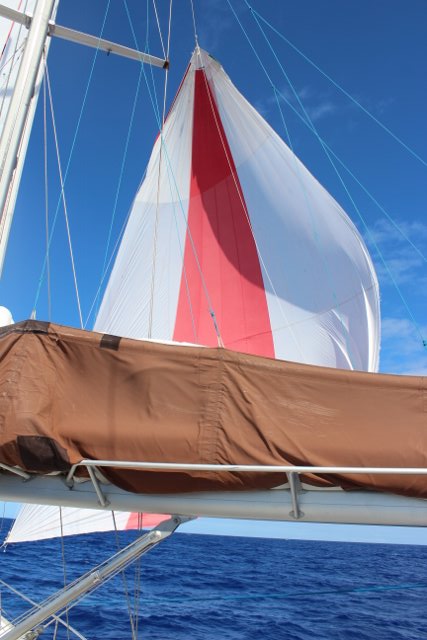