Day 7: Saying goodbye to the “Master”

We woke in the morning feeling rather shell shocked with the proceedings that went down the night before. The crew were obviously very shaken and no one really talked too much. People walking around in a daze doing the duties as previously instructed by the company. Sometime near lunchtime we were asked if we had a body bag or something to put the captain in as he needed to be secured on the crate and wrapped in a bag and put in the fridge until we get to Brazil.

Shaun remembered that there was a large piece of plastic in one of the grab bags which was for emergencies to lay across the deck so that we could be spotted from the sky. They gladly accepted this and I believe the captain (or Master as he is referred to on board) is wrapped in this in the provisions fridge.

We were informed that the captain’s body would be taken into Brazil for autopsy and then transferred to Iran so that his family could bury him. Later in the day, 2nd Officer informed us there would be a get-together in the officer’s mess to pray for the captain and said that we were welcome to join the ceremony and even welcome to bring our ‘Holy Book’; a sign of how tolerant and embracing the crew were.

We were all a little unsure as to what would be involved but we were all in agreement that we wanted to attend given that he had saved our lives. We all donned our number ones i.e. long pants and the smartest shirt for the occasion. In the beginning, they played along spoken lamentation on a recorder, followed by different crew speaking good words about the captain while others said a prayer.

Although we had not known the Captain long (all of 3 days) we had seen that he was well thought of by his crew and was a very caring person. It was a surprise that emotions ran high amongst some of the Trekker crew who were unable to hold back tears during the ceremony. Quite an emotional hour. The acting captain proceeded to tell us a story about the captain’s life.

The captain had 15 years previously been involved in a life and death situation aboard another ship. He had overseen the team of people that were to enter a hold where there were gases. He had recognised this and told the bosun not to enter the hold while he went to fetch gas masks to use for the entry, but while he was fetching them someone else ordered the men to go in and two of them died and one was permanently disabled.

As he was in charge, he needed to take full responsibility for the actions of the men that reported to him even though he had not given them the order to go in to the hold, the company had suspended him for a year and a half after the action happened. He said that he still thought about those men every day. He said that the captain had told him the night after saving us that he had slept peacefully for the first time in 15 years since the incident.

He said he raised his arms up, took a deep breath and said he is “Amir” again. Amir being his first name. The most interesting thing though was that the incident that happened previously had happened in the same area in the Atlantic where we were saved. The captain had requested to change the route to come this way and do this job rather than the one that he had been requested to do in Ukraine.

Shaun now had his answers to the question about why we were on board this ship. It was not to save the captain but to give him redemption before he died. Wesley and Richard said a few words about our feelings and thank you to the captain at the ceremony. The whole get-together only lasted about an hour, but was very draining for all of us. Not long after, we headed to bed for a well-earned sleep.

Quote of the day: “Nothing is more powerful than allowing yourself to be truly affected by things.” ~ Zooey Deschanel 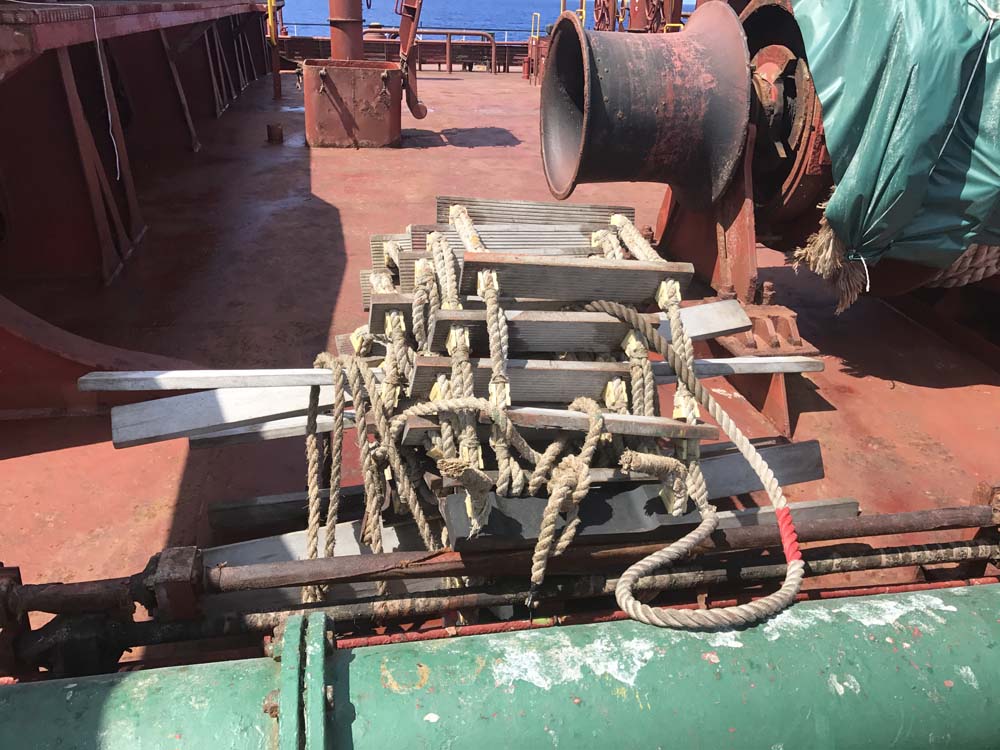 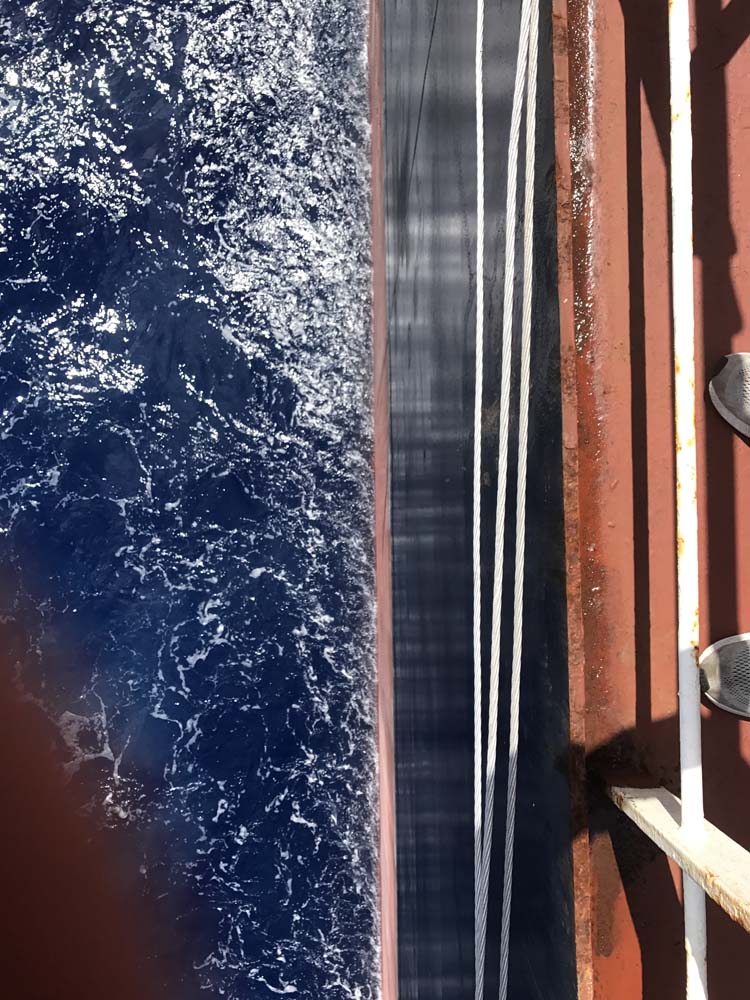 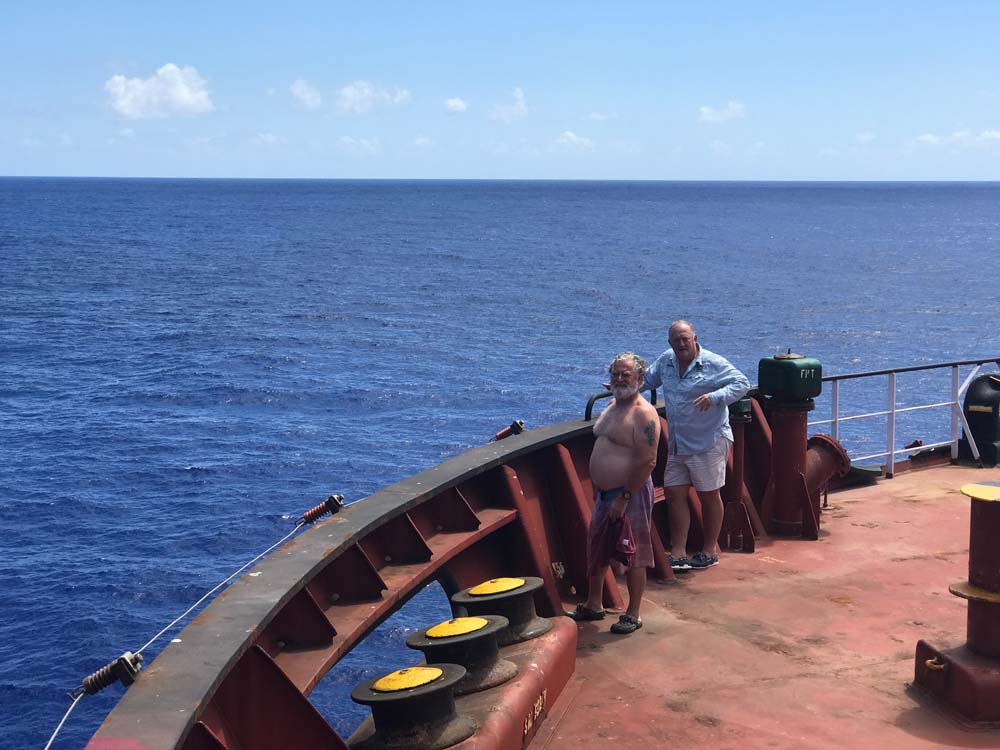 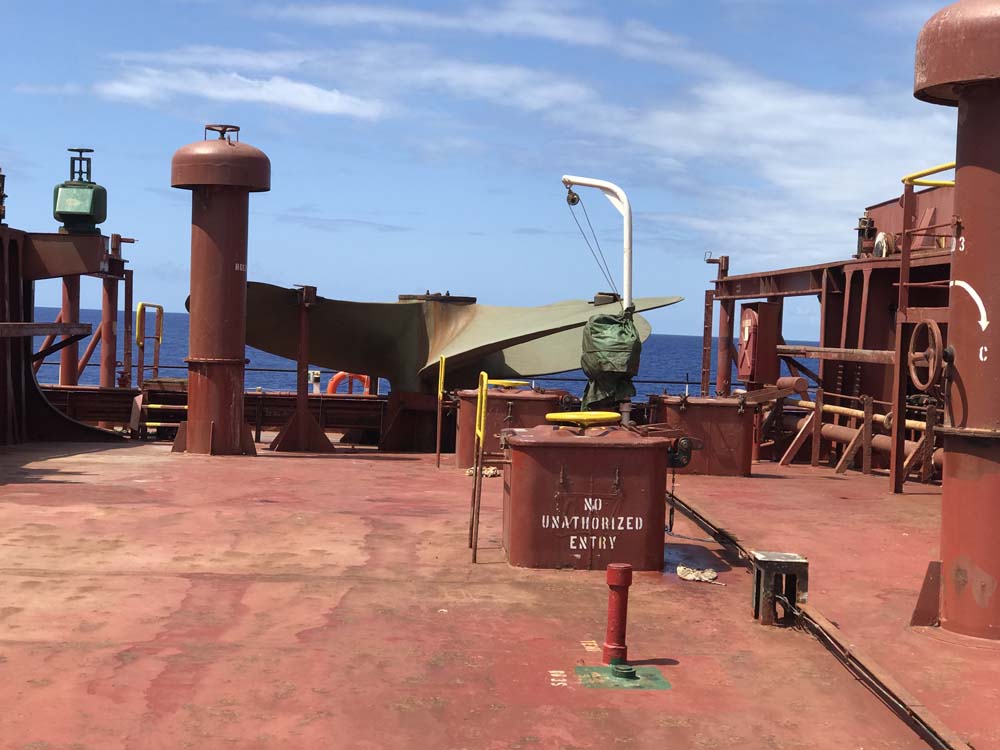 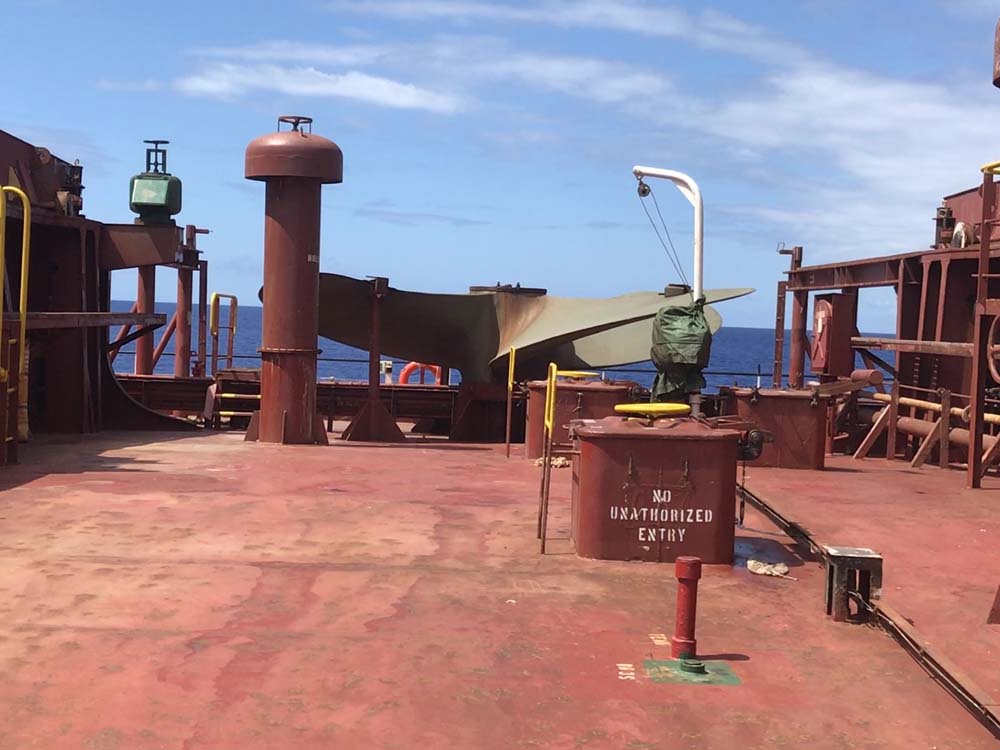 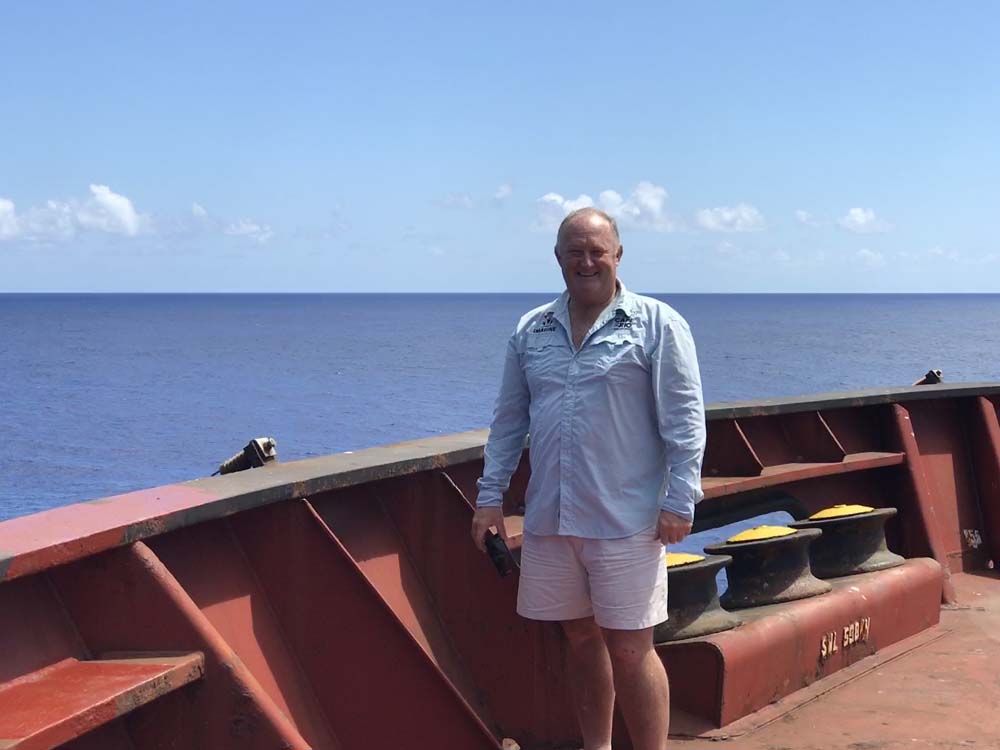 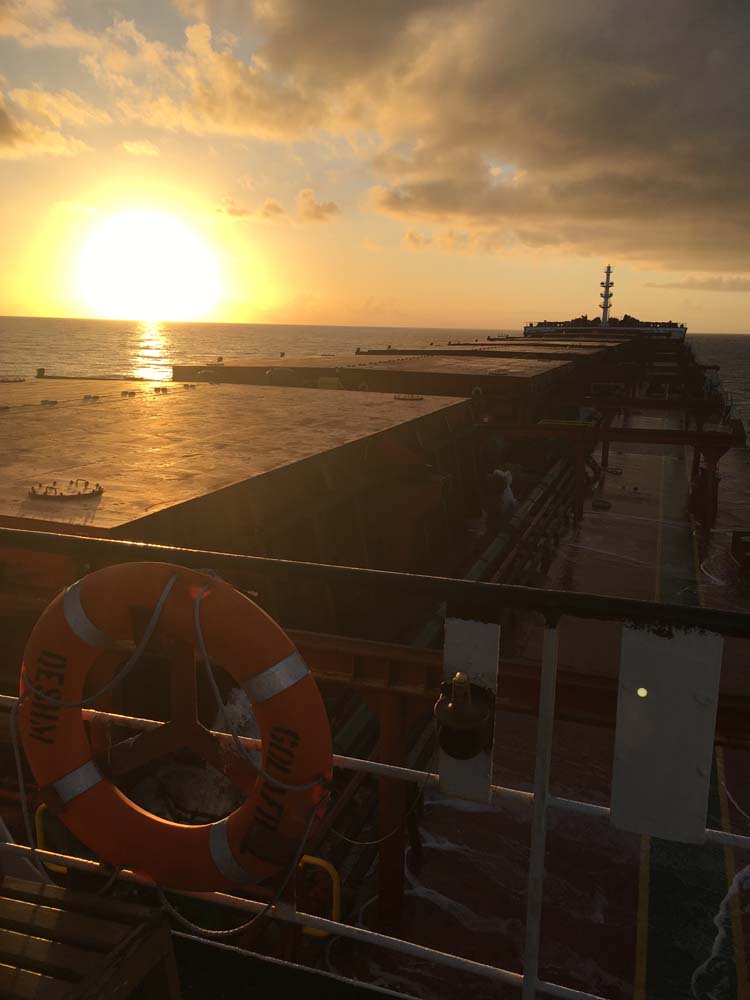 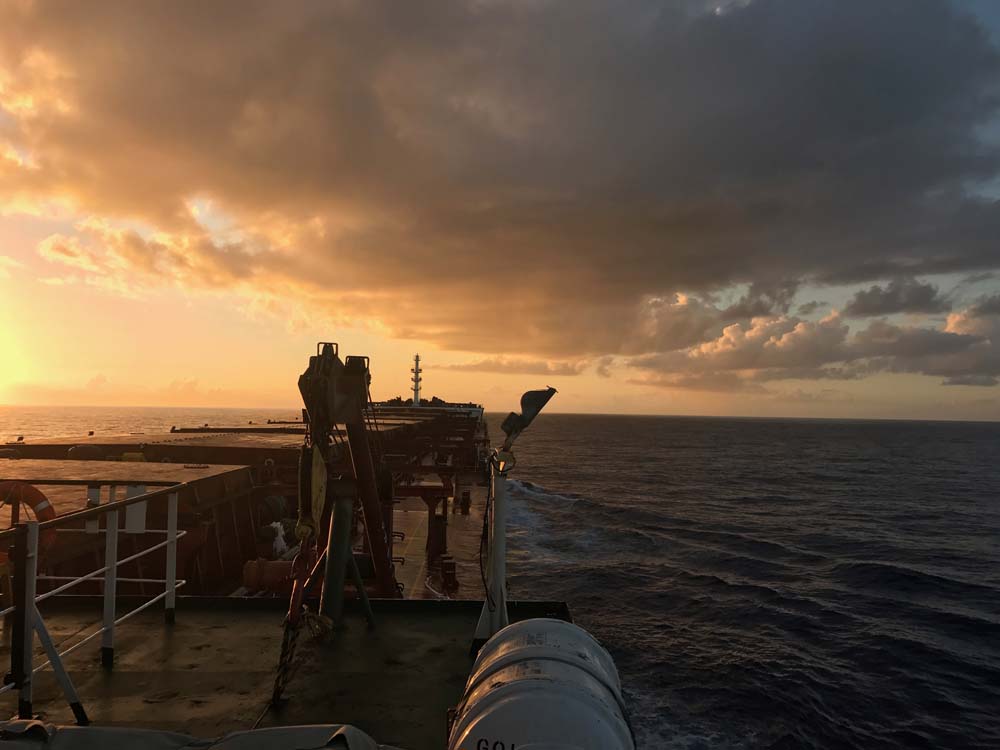 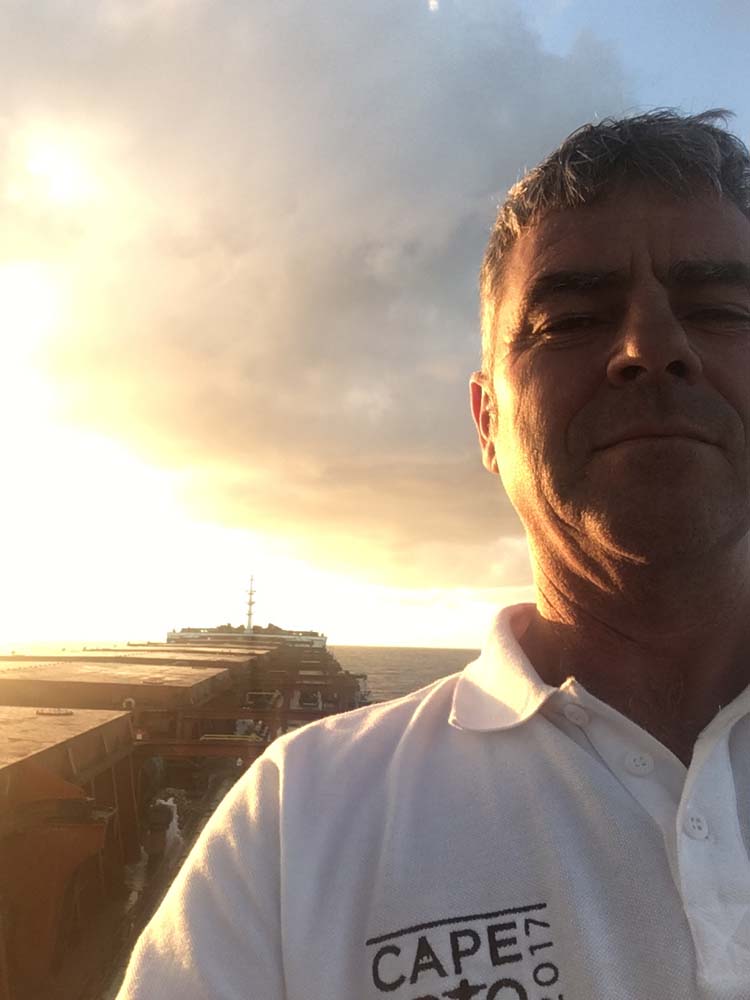 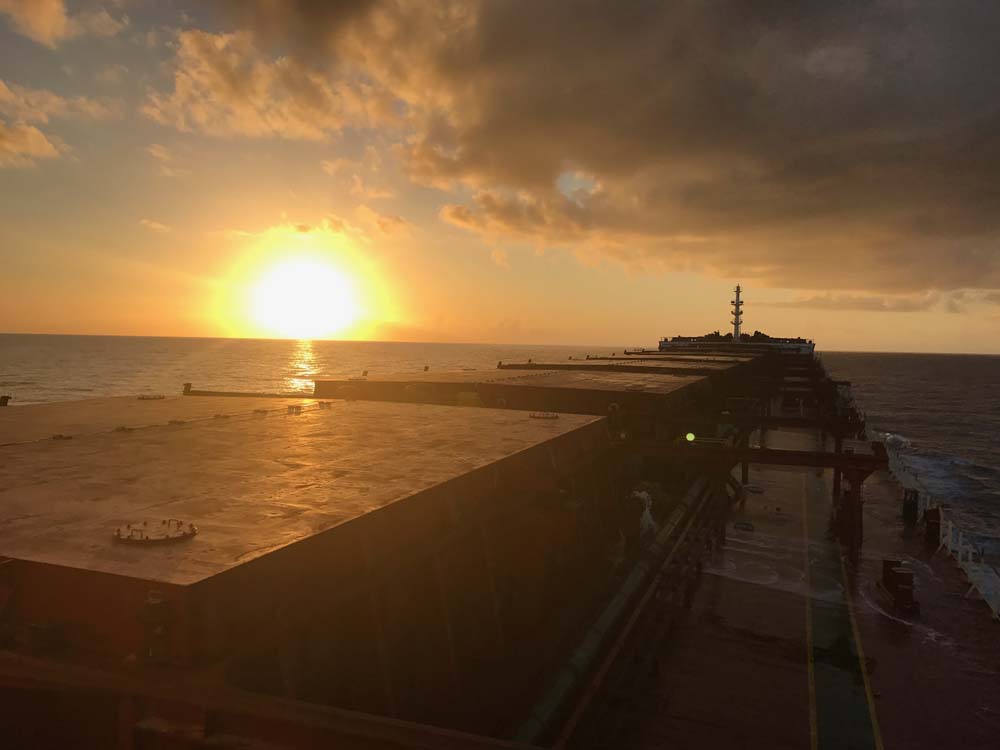 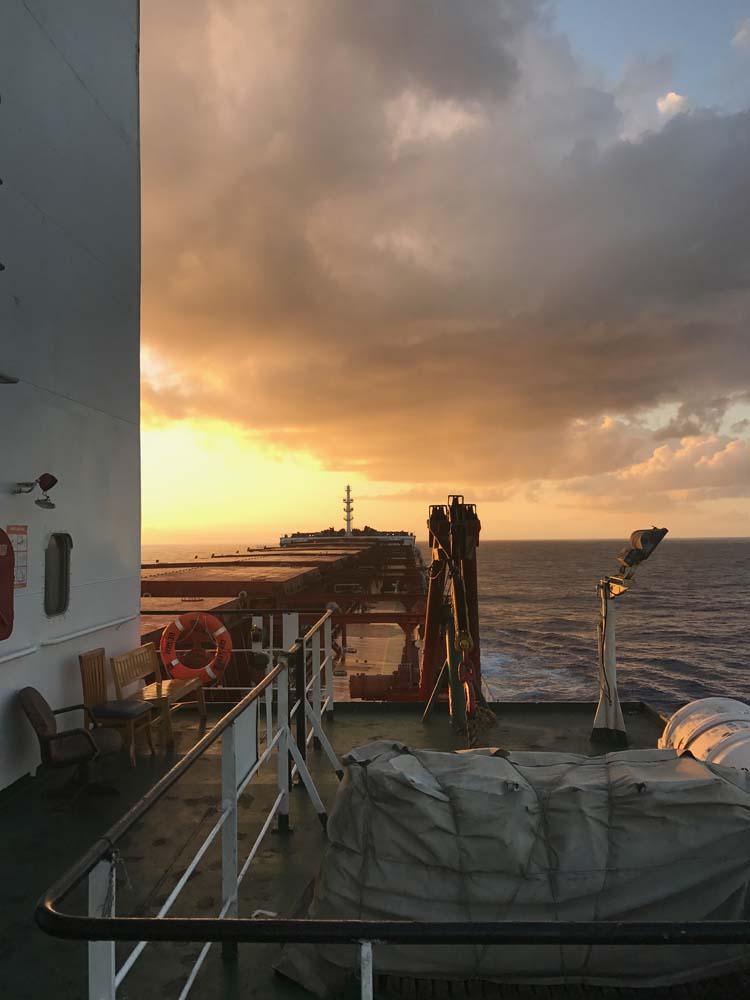 Day 6: A sailor’s life was dying out Day 8: The moral of the story is…