When there is no light from the moon the ocean at night is an eerie place especially what seems like “thousand miles from nowhere”. Nobody is awake, the last went to bed about 10pm the previous night and I was on watch till 2am. The only sounds are the constant creek and groan of the sails as the wind puffs into them like a fire bellows being worked continuously. There is no one puff that is the same and Hot Ice rocks from side to side smoothly for a while and then seems to loose her feet like some drunk staggering for a moment before gaining her legs again. The nearest land is some 4.9 kilometers under the ocean. I sit silently through my shift constantly try to get comfortable on the seats in the cockpit looking at the glow of the instrument panel in the darkness. The cold sea breeze rushes from the door to the deck into the cabin and I feel the chill. I don’t know why I don’t just accept the fact the idea of being comfortable is a feeling that I will reacquaint myself with when we finally dock in Brazil. My shift finishes and I head to bed for another rocky sleep.  I wake at 6am to the sound of the generator and people on the fore deck adjusting the sail settings.

Suddenly after 4 days we have spotted a yacht of our starboard side, a tiny speck on the horizon. Everyone is excited to find out who it is and which direction they are heading. Slowly but surely our two boats get closer together and they call us over the radio. It is JML Rotary Scout on a Tosca  39’ with 2 adults and 6 youth from various troupes around the country. They are sailing along quite well and managed to miss the worst of the storms on the first few days but did stretch their genoa a little. They are otherwise fine and in fact seem to be doing some what better in the fishing department than us. They had caught two blue fin tuna and were talking up their dinner with glee – sushi with wasabi and tuna steaks and sweet potato. Our guys went straight out again to check our lines and changed some of the lures. We said our good byes and they head North and eventually disappeared and we were alone again. Later in the day we overheard a conversation between JML and Jacaranda of Carrick from the UK but we had no sighting but they were obviously close by.

The rest of the day was spent sitting around and chatting. Shaun has become the singer on the boat and he woke up full of spring. Every time someone mention a word he would render a song with the word in it. It was quite funny at first but if you have heard his voice you will realize he is no Sinatra so after a while we were asking to stop to no avail.

Kevin led us in our aerobics class again this morning and we are becoming quite good at designing an on board class.

It was difficult to make Hot Ice go any faster without a spinnaker and we were confined to goose winging our way north trying to get above the 1020 isobar line.  Eleven boats have retired so far so I suppose we cant finish worse than 26th. Wind varied between 10 and 15 kts for most of the day and night.

Warwick and Mike made a pasta stir fry dish for dinner and it was gobbled down by all. I was the only one who had chicken and broccoli instead. Hot ice this evening is quite lively and although the clouds are there the moon is shining through and dancing on the waves. The clouds seem friendly to night – looking up they look like bunches of cotton wool softly layered over our heads. We have just spot another yacht on our starboard again and we are not sure who it was as we thought it probably was not JLM again as she seemed to have disappeared to the north of us. We then thought she was fishing vessel as he was showing red over white lights. Eventually not being able to resist it we called the over the VHF radio and the response was immediate. It was the sea scouts again and they were surprised to find out it was us.

The Whipper-snapper (our new name for Warwick because he is the youngest of us all by some distance and is always busy) has surprised us all by bringing out Rodriguez – searching for sugar man – on deck and is playing it for us on his cell phone in the our make shift speaker a stainless steel bowl which amplifies the sound incredibly well.

We expect to hold a North West course for the night and I am fortunate to get almost a full night’s sleep. I am on watch from 6 am again but probably will be up at 4am.

Better but slower day. Till tomorrow…. 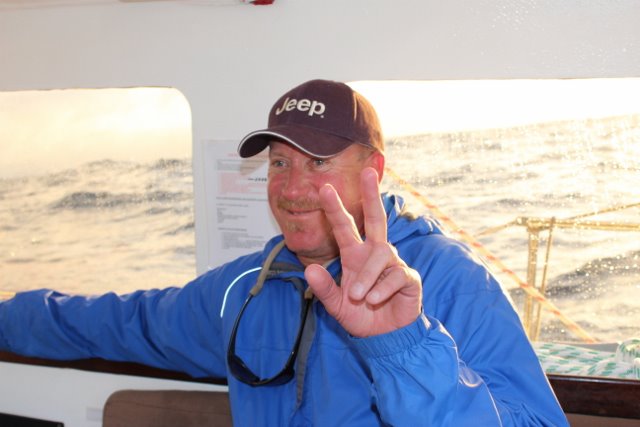 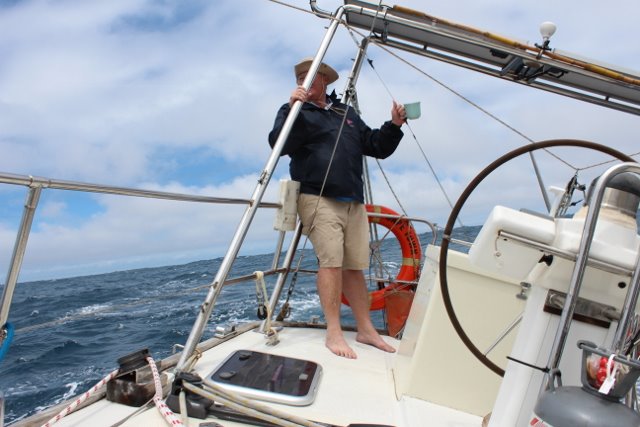 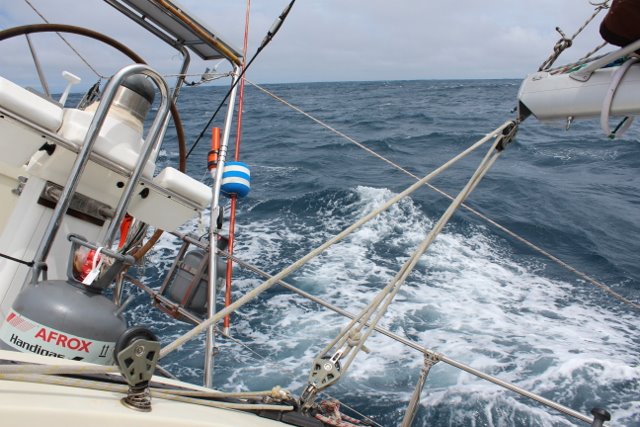 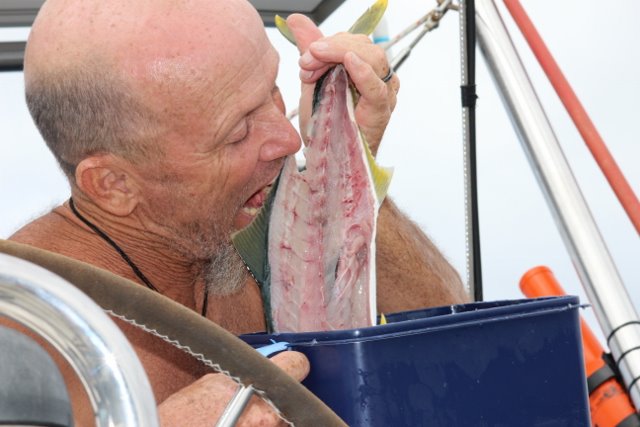 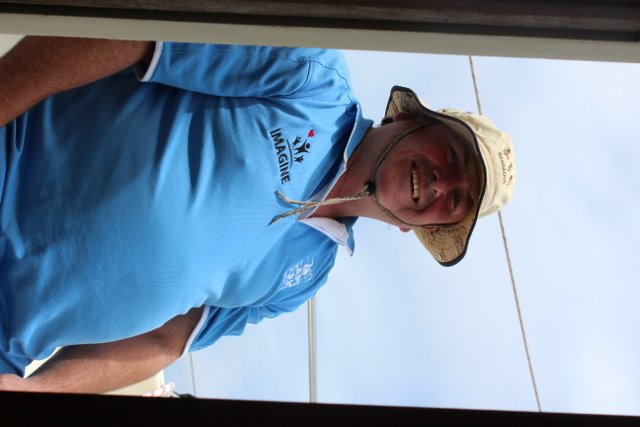 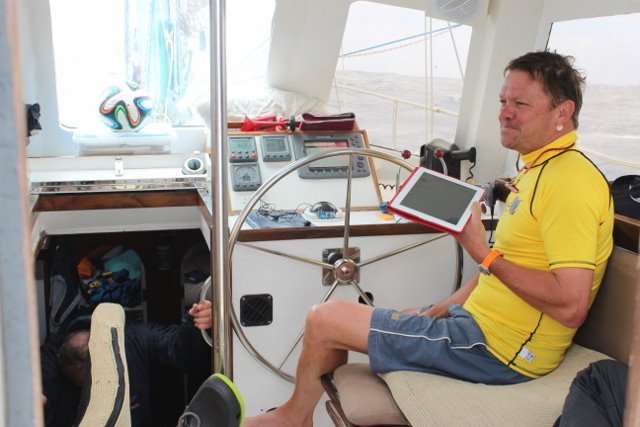 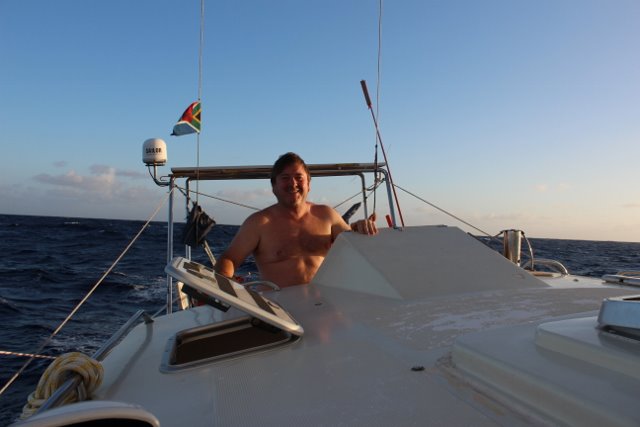 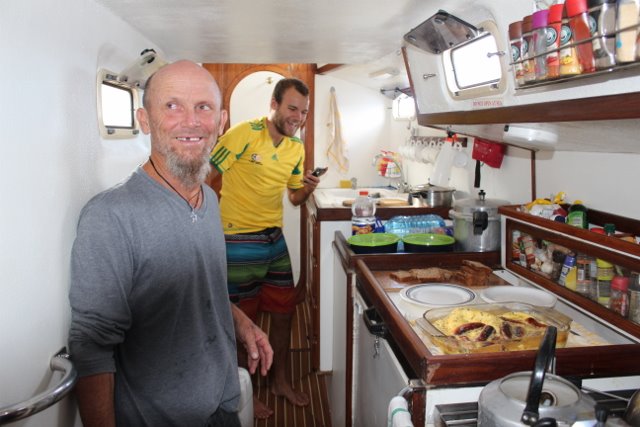 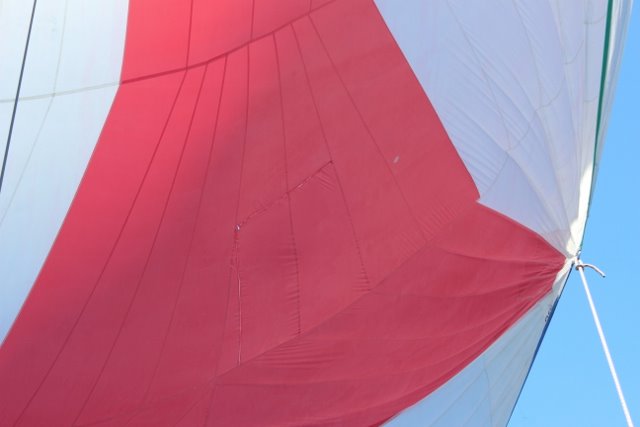 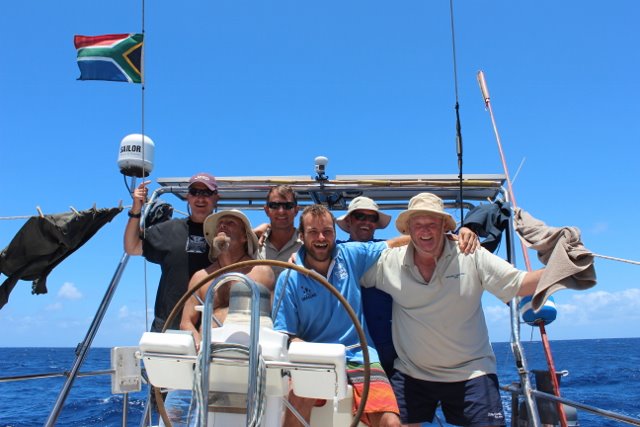